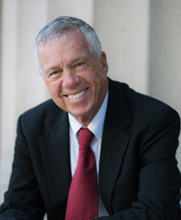 When Jeffrey Kushner began his career as an assistant public defender almost 40 years ago, he knew that he wanted to make a difference in this world by becoming a legal advocate.  He pursued opportunities in legal aid society and operated a private practice, but in the end, chose to focus his work on helping those denied their Social Security benefits.

He has never regretted this decision.  He now represents the sick, injured and disabled in Social Security Disability claims. A Florida-licensed attorney, he maintains good standing with the Florida Bar and the United States District Court for the Middle and Southern Districts. He is currently a member of the Lee County Bar Association and the National Organization of Social Security Claims Representatives (NOSSCR).

Jeffrey Kushner graduated from Syracuse University in 1966 with a Bachelor of Arts degree. He is also a graduate of Suffolk University Law School, where he earned his Juris Doctor in 1970.